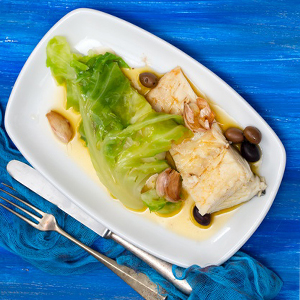 A fish that lends itself well to boiling is fresh cod. In fact, codfish prepared according to this method and served with a sauce makes a very appetizing dish.

Scale, clean, and skin a fresh cod and wrap it in a single layer of gauze or cheesecloth. Place it in a kettle or a pan of freshly boiling water to which has been added 1 teaspoonful of salt to each quart of water. Boil until the fish may be easily pierced with a fork, take from the water, and remove the gauze or cheesecloth carefully so as to keep the fish intact. Serve with sauce and slices of lemon.

Put your fish to soak over night; change the water in the morning, and let it stay till you put it on, which should be two hours before dinner; keep it at scalding heat all the time, but do not let it boil, or it will get hard; eat it with egg sauce or drawn butter. If you have any

cod fish left from dinner, mix it with mashed potatoes, and enough flour to stick them together; season with pepper; make it into little cakes, and fry them in ham drippings.

Boil the fish, as directed [see boiled fish], and, when done, carefully remove the skin from one side; then turn the fish over on to the dish on which it is to be served, skin side up. Remove the skin from this side. Wipe the dish with a damp cloth. Pour a few spoonfuls of the sauce over the fish, and the remainder around it; garnish with parsley, and serve. This is a handsome dish. 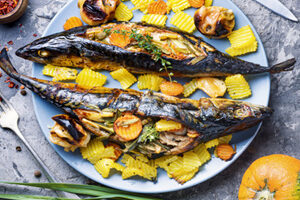 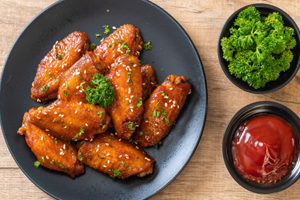 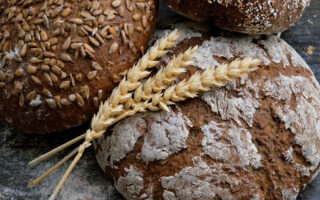